Skip to content
My youngest texted me: go see the moon. She was on an evening walk with friends and knows I love to see a good moonrise. I grabbed the camera and tripod and headed out the door with my mind on August 21st. This was just after I’d told my daughters we were going to make the trip to Idaho to see the solar eclipse. They were excited. They’d enjoyed when we’d gone to see lunar eclipses that had taken place closer to home, but now we’d extend our range for the astronomical prize of the total solar eclipse.
As I set up my camera I thought about how it’s funny when once you decide to do something it changes the way you look at your days. When I photographed the Buck Moon, Maddie had pointed out, I imagined it as a new moon covering the sun. The next morning I got up and took some photos of the sunrise with the moon just setting behind me. In this moment, I was living proleptically, in a moment looking to the future with questions and hoping for a particular outcome. People who went to the Oracle at Delphi did this. The pilgrims wanted certain outcomes for their questions, and because it occupied their minds, they began to live as if the future they wanted would manifest itself. As is the case with soothsayers and oracles, the cryptic responses made any number of outcomes possible.
I don’t believe the eclipse is an omen, but to bring such huge forces together above us, might stir something in us akin to the spiritual or some intuitive mark upon our consciousness. I wanted the outcome of good photos and to be witness to this rare event with my daughters and some close loved ones. After that, anything would be a bonus. As I took the sunrise photo, the sun was separated from the moon by half the world, but soon enough they’d line up, and I’d be there with my camera, tripod, and both girls. 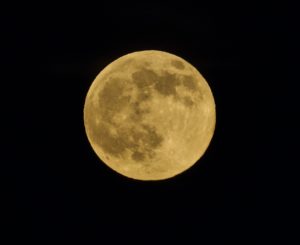