Skip to content
I had the great pleasure of being interviewed by Anastassia Goidina for her website NUKDE. Anastassia notes Nukde is a “Romanization for the Korean “늑대” (‘neug-dae’), meaning ‘wolf.’” I was immediately reminded of Kipling’s “For the strength of the pack is the wolf, and the strength of the wolf is the pack,” which I’d first heard in the military and not The Jungle Book. Her choice of the wolf as the namesake of her blog stems from wolves being “highly social creatures, traveling together in a complex group unit or pack, each with a specific role, each loyal to the group and devoted to their family. In fact, wolves are known to nurture their own sick, share hunting knowledge with their young, and partake in friendly play together.”
Indeed. She believes in strengthening the community by strengthening the individual and his or her connections to that community. That’s something I can respect.
Not only is she a speaker of several languages and a fellow Jack Kent Cooke Scholar (another community of talented and creative people making the world a better place), she is also an aspiring writer and has an abiding interest in how people overcome obstacles and setbacks, but still pursue their passions. This was evident in her interview of me. In his essay, “Slow Thought: a manifesto,” the philosopher and psychiatrist Vincenzo Di Nicola writes about how we need Slow Thought to enrich our lives and by extension the community, especially in the fast paced increasingly digitized world where we move at the speed of satellite transmissions and wireless networks. Anastassia’s insightful questions begged for answers beyond one line responses and encouraged reflection and an unfolding of thought. I was pleasantly surprised to find I had to articulate an answer to a question about my life I hadn’t considered until she asked me. It made me stop and think about the weight of obligation while trying to fulfill my own dreams. I hope my answer puts the brakes on some readers scrolling too.
Anastassia’s goal is not a superficial click or a quick answer, but a deep dialogue that will the leave readers considering what they have read for a long while.
I’m thrilled she asked to interview me and what I learned in the process. Give some of the other interviews and posts a read, they are worth your time.
In the meantime, I look forward being a part of this community of thinkers and doers, this pack of wolves. 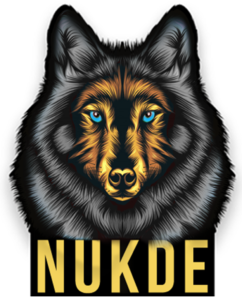